This weekend’s second quarter-final concludes the all-antipodean head coach quartet. England and Australia’s Aussie bosses do battle three hours before Ireland and New Zealand’s kiwi duo of Joe Schmidt and Steve Hansen contest an encounter of the minds as their charges clash bone-to-bone on the pitch. After comfortably putting away the Scots in round one, Ireland have struggled to

Aside from comfortably putting away the Scots in round one, Ireland have struggled to impress against Tier One nations over the last nine months. The men that toppled the All Blacks twice in as many years have seen their shimmering aura dissipate in 2019, struggling to find their rhythm against the likes of England, Wales and indeed Japan.

New Zealand, meanwhile, have founded new dimensions this year after revealing themselves as actual humans and not machines in black jerseys.

In this second of four articles previewing the 2019 Rugby World Cup’s quarter-finals, we identify the two key factors going and againsr New Zealand and Ireland in Tokyo this weekend. 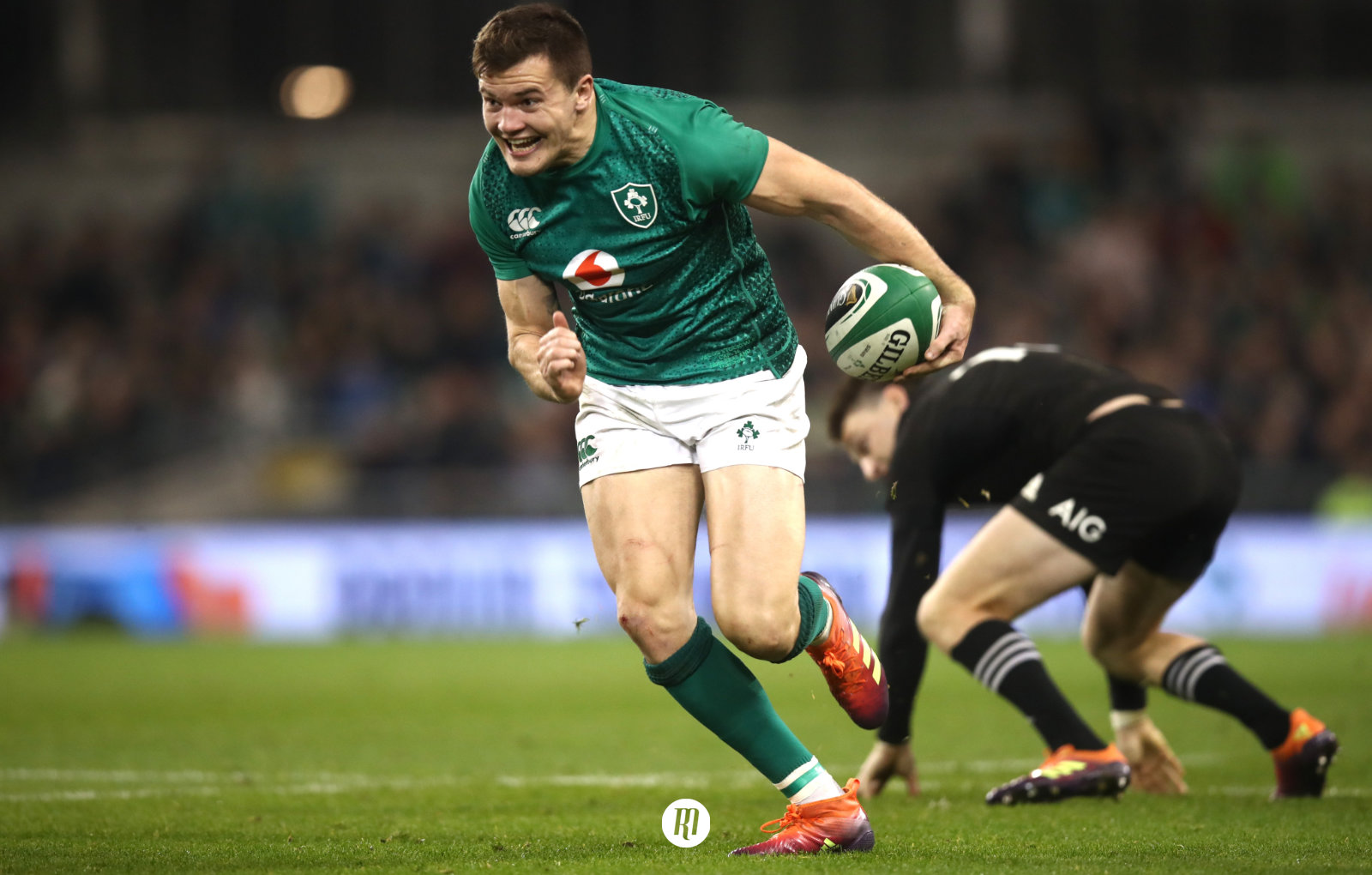 When Ireland and Pro14 outfit Leinster (from which eight of Ireland’s starting XV hail) were at their dominating best, intense physical accuracy was to thank. The ruck, in particular, was an area of strength for the Irish, denying their opposition any momentum going forward while ruthlessly marching onward on their own ball.

The wheels came off this particular aspect at the start of 2019, but there are signs of its return so far this tournament. The frustrations that will have settled in after that Japanese loss look to have lit a fire under the Irish pack, and could be exactly what the doctor ordered ahead of a monumental All Blacks challenge. A mental hurdle that many of Ireland’s key players have more experience than any other in leaping, with two wins for Ireland, one win and one draw for the British and Irish Lions handing a positive win-loss ratio against one of the greatest teams in sporting history.

After suffering those two defeats to the Irish and failing to put away the Lions two years ago, New Zealand made some unexpected, hugely influential changes to both their personnel and style of play.

Moving away from the less dynamic, stoic operators in the front and back row Steve Hansen has taken the decision to promote dynamic props Nepo Laulala, Ofa Tu’ungafasi and Angus Ta’avao, with centurion tighthead Owen Franks becoming the shock omission within New Zealand’s world Cup squad.

Additionally, the promotion of bustling openside Ardie Savea from perennial bench warmer to explosive blindside flanker has opened up another dimension to the All Blacks’ carrying game. 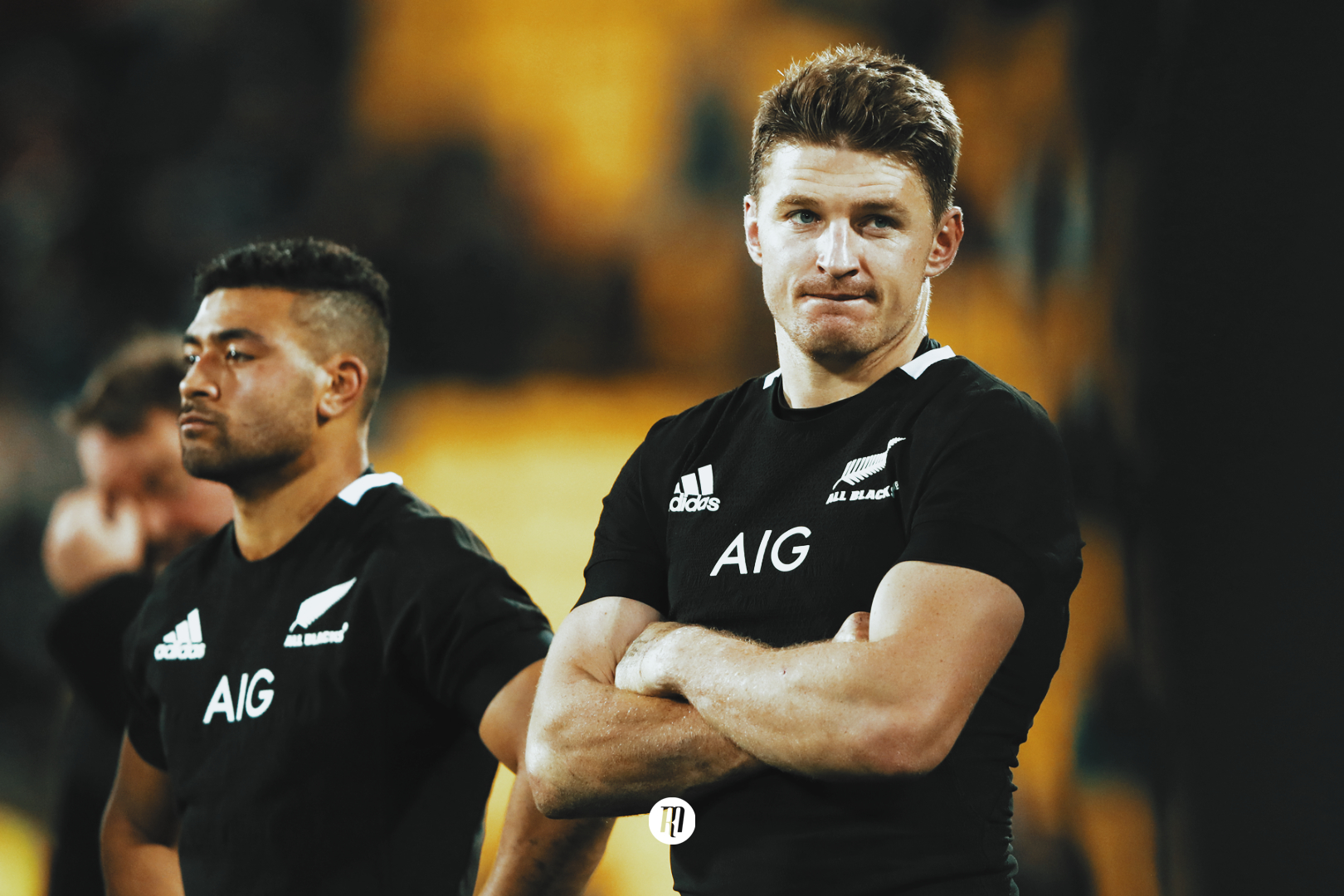 The last change is the one that has come under the most scrutiny from fans and media alike, with star fly-half Beauden Barrett shifting into the fullback berth while Crusaders’ standoff Richie Mo’unga has locked things down from fly-half. It took time to click, but the Mo’unga-Barrett axis looks close to hitting its straps recently.

Along with the additional power in New Zealand’s game and a dual playmaking axis designed to shred defences, the All Blacks are close to finalising the refurbishment of their veil of invincibility.

Ireland: Sexton is back, and boy is he wound up

Perhaps more than any other team at this World Cup, Ireland’s future is tethered to the form and fitness of their starting fly-half. Without Jonathan Sexton, Ireland become routinely pedestrian. The 34-year-old Ireland and Lions standoff’s influence seems to spread wider than his decision-making role strictly implies, with the nation’s forward play apparently relishing the challenge when safe in the knowledge their first-choice pilot is in the hot seat.

Sexton will have silently seethed when he was overlooked for the first Lions Test against the All Blacks two years ago and will have felt similar emotions when denied the chance to start against Japan thanks to injury last month.

Playing in his final World Cup, Sexton is Ireland’s talisman and symbolises their ability to rise to the occasion when branded with underdog status. Expect Sexton, and by association Ireland, to fight tooth and nail like never before in the final big stage moment of his Test career.

One of the best players in the world, Kiwi lock Brodie Rettalick would have been high on the ‘pray he stays fit’ list for New Zealand, alongside captain Kieran Read and main man Beauden Barrett. A dislocated shoulder in July’s 16-all draw against the Springboks in Wellington cast doubt over his World Cup campaign, but his return last weekend against Namibia boosts New Zealand’s ever-steely resolve.

Alongside partner-in-crime Sam Whitelock in the second row and rangy Read at number eight, New Zealand’s ability to secure their own lineout ball and disrupt their opposition’s is second to none. Once an area of extreme strength, Ireland’s set-piece has begun to creak over the last year and could be an open wound for Brodie and co to strike at.

Add in Rettalick’s ability to pilfer at the breakdown and canter up the field with Giraffe-like absurdity and Ireland’s hopes take another dent this weekend. The question of how ready he is to start and how much confidence he places in his recovered shoulder lingers as somewhat of an unwelcome cloud.

Given Ireland’s struggles and New Zealand’s return to world-beating form of late, it’s hard to see anything other than raucous Kiwi victory in Tokyo.

Although, how Irish it would be to rise to the occasion with a surge of green defiance. They may have a history of falling at the quarter-final stage, but this Ireland team is stronger than those of World Cup’s gone by.