He's been in and out of the All Blacks' starting XV after first breaking through to the Test arena as a 21-year-old against the Wallabies in 2016, but Chiefs' centre Anton Lienert-Brown has sent Steve Hansen a clear message from the word go this Super Rugby season. The message? "pick me".

Lienert-Brown went off the boil during the 2018 Super Rugby season, struggling to hit the heights of his early Chiefs and international career. However, the 23-year-old was back to his absolute best in defeat to the Highlanders this weekend.

Standing at a stocky build of 6ft1" and just shy of 100kg, the 33-times capped New Zealander was dominant in his contact zone, fleet-footed in both open space and heavy traffic and fastidious in his passing; a talisman of sorts for the Waikato men to rally behind. The Chiefs' backline felt almost centred around him at times in the dramatic 27-30 loss and he looks set to contest a starting role for New Zealand in a much-coveted World Cup year. 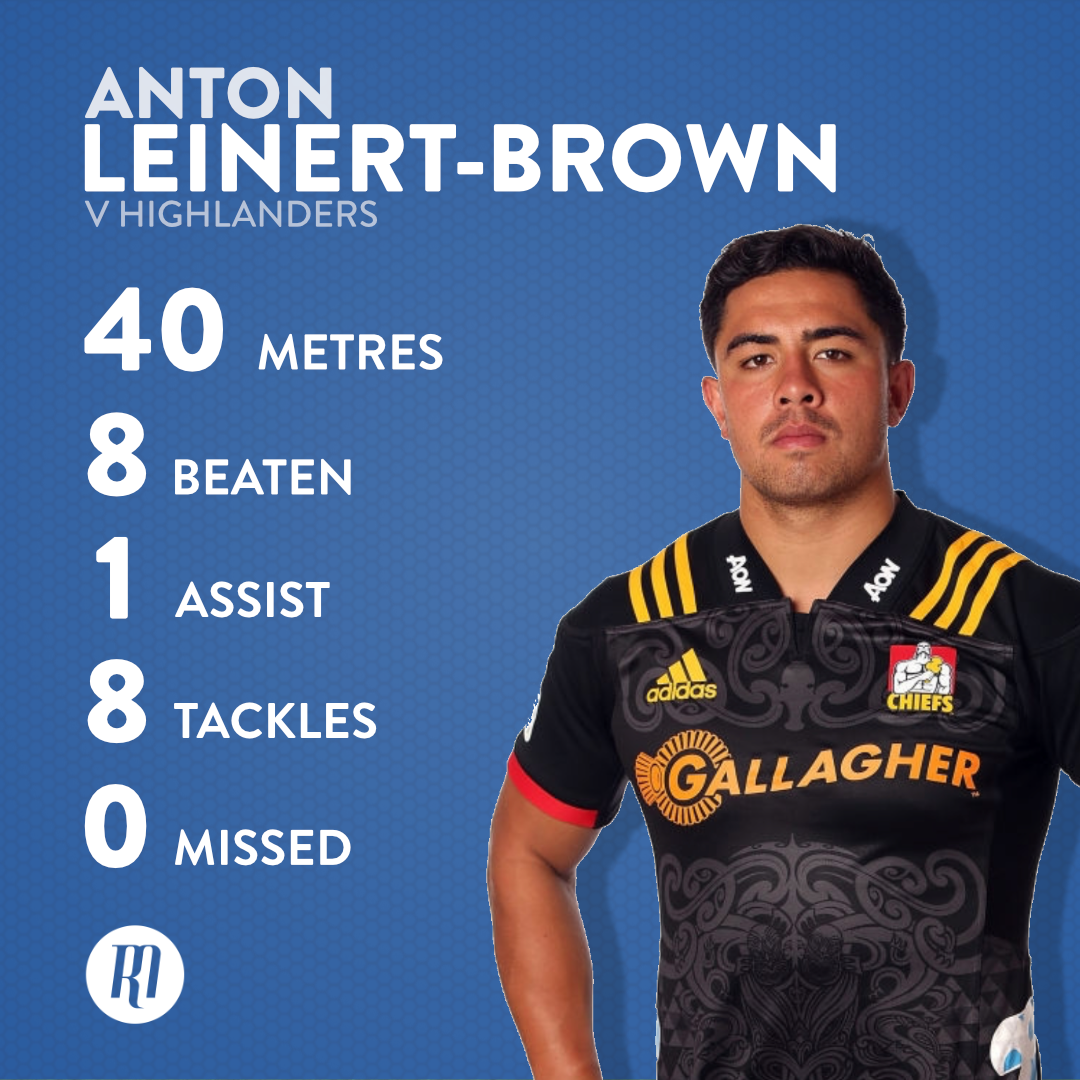 Fierce competition in the All Blacks midfield will see Lienert-Brown endeavour to oust the likes of Crusaders pairing Ryan Crotty and Jack Goodhue,  Blues' veteran duo Sonny Bill-Williams and Ma'a Nonu and Hurricanes foursome Ngani Laumape,  Vince Aso, Matt Proctor and Jordie Barrett; no mean feat. But his utility and experience at such a young age might well be his point of difference.

To further compound the urgency of the centre's on-field message to Mr Hansen, Northern Hemisphere clubs are sure to be sniffing around the Christchurch-born's signature, with even marginally out of favour All Blacks the cuisine of choice for rich club owners and Directors of Rugby after a star signing.

With strong rumours surrounding a move for Lienert-Brown's Chiefs teammate and All Blacks fly-half/fullback, Damian McKenzie, to Leicester Tigers in recent history seeing a sharp increase in game time for the livewire playmaker, the intent to reward in-form squad members at risk of being poached could be initiated once again.

And even if Hansen opts to select any number of the aforementioned midfield options ahead of Lienert-Brown, you can still pick him up for your fantasy team and make the most of his seemingly determined form.

It's a desperately competitive area for those striving to claim either the twelve or thirteen jersey in Japan, but pound-for-pound, Lienert-Brown may well be one of, if not the, best centre in World Rugby. A criminally underrated star that balances athletism and skill to an envious degree.